Yemi Osinbajo And APC’s Failure At The ZMOT.


A few days ago (DEC 15th 2014), the APC (All Progressives Congress) finally announced their Vice Presidential Candidate for the 2015 Presidential Elections.

This delay should have been the perfect opportunity for the Branding or Marketing agencies that handle the APC’s marketing campaigns.

Anyone who understands the insightful marketing concept developed by Google, called the Zero Moment Of Truth will understand what I mean. But if you don’t have an idea, I will try to explain here. You can get further enlightened by investing a few minutes of your time reading the following articles: Click ►here and ►here.


Politicians Have Their Own "Customers" Too

ZMOT strategy is not only powerful for diverting wondering online shoppers to my clients' websites; it can also be a very commanding tactic for political strategy and propaganda as well.

People use their smartphones, their tablets, their laptops, and soon even wristwatches and glasses, to browse the internet or social media in order to find quick info on anything (product, service, brand, person or fact) that captures their curiosity at anytime of the day, and wherever they are.

It doesn't matter what the thing of interest is, people know they can immediately do their homework online, and get instant information on it.

The world has never been as incredible as this. Information was never so accessible. And this new reality changes so many things about human behavior now and more so in the future.

However, most organizations in Africa seem to be taking these changes too lightly for their own good.

Yet it is crucial that you, who are smart, actually start to pay close attention to such developments.

APC clearly did not.

They had a perfect opportunity to set the agenda on what kind of information searchers would find on Osinbajo.
Because the man was almost completely unknown at the time, they could have controlled, at least the first wave of information that the public got about him.

And not just that alone, they could have also used the opportunity to inform the public about things they (APC) would like people to know about Buhari (their front-runner), and any additional details about their party they would like to address.


That is a powerful position to be in, for a political party, wouldn't you agree?

If I had been part of APC's marketing agency, I would have told them well ahead of time that if Prof. Osinbajo was going to be one of their potential candidates to be possibly selected as Buhari's running mate, then they must have to let me create several blog articles and several semantically marked-up, static web pages that fully introduced the man, his history, his beliefs, and hopefully add some data about the man.

Then I would wisely insert other information that APC would like to get to the electorate along with this information. Just as I always advise my clients that they should always let me know whatever big things they are planning to do, ahead of time. They often don't know how they can use such occasions to greatly magnify their brand message on the Web.

APC lost a great opportunity because the world would not go rushing all that much to search about Rotimi Amaechi or Babatunde Fashola, since they already know those two very well.
But no one had ever heard of Yemi Osinbajo.

So why not ensure that your party tells the VERY FIRST stories about him to the electorate?

And why leave potential voters at the mercy of online news mongers or gossip bloggers?

I mean really think about this.... 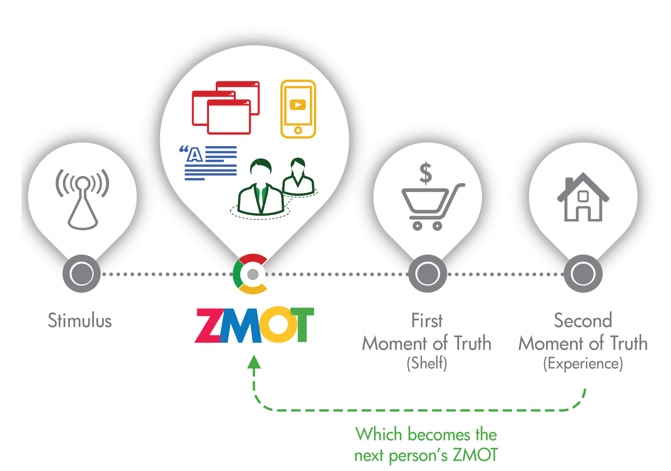 ZMOT Is A Bridge Between Stimulus And Shelf


APC failed to capitalize on a perfect opportunity to dominate where it mattered. They should have taken advantage of the powerful STIMULUS that was sure to ensue from their announcement of Prof Yemi Osinbajo as Buhari’s running mate.

Someone in APC should have seen what was coming. Or, why should such a large organization not have a competent internet savvy marketer?

Within hours of the announcement, hundreds of thousands of potential voters would have immediately gone to search Google for the words, “Yemi Osinbajo”: A search string that would continue for a while, no doubt.

In traditional consumer behavior, the customer goes through certain steps:

Stimulus - is a message about a product that reaches the consumer. Like an advertisement, word of mouth, or an announcement heard on TV.
Don’t forget that a political candidate is also a kind of product being "sold" to a “buyer” of some sort.

Shelf stage - is where the customer goes to the store to buy the product. Or to vote, in the case of a consumer of governance.
This is known as the First Moment Of Truth, or the FMOT. It was coined first moment of truth by Procter & Gamble Inc. because their researches found that it took a less than a second browsing through a shelf at the store for a shopper to come to a decision on what to buy.
In politics however, we must quickly realize that it is illegal to do any form of “marketing” at this FMOT stage though (i.e. on Election Day).

The Experience Stage - is known as SMOT, or Second Moment Of Truth. You've bought the product and are using it. Your experience with the product could go a long way in dictating whether you would buy that product again.
In politics, this would translate to you voting for the candidate for a second term.

Now, the internet and the connectivity of mobile phones has forged a new model. It has added a new and larger stage in this customer algorithm:

The ZMOT or Zero Moment Of Truth now fills the crucial gap between the Stimulus stage and the FMOT stage.

Stimulus can no longer do any more than tickle the curiosity of consumers these days. It’s no longer enough to send them directly to FMOT to buy. Rather, stimulus more likely sends customers online to do more homework.
And there is likewise a new mentality that marketers can use to engage them there. Even in such an industry where the “product” being marketed is governance, and were decision making takes longer than a moment.

Their branding or publicity department should have already had their ZMOT messages ready and waiting for the Party's leadership to make the announcement that sent Nigerians off to the ZMOT. 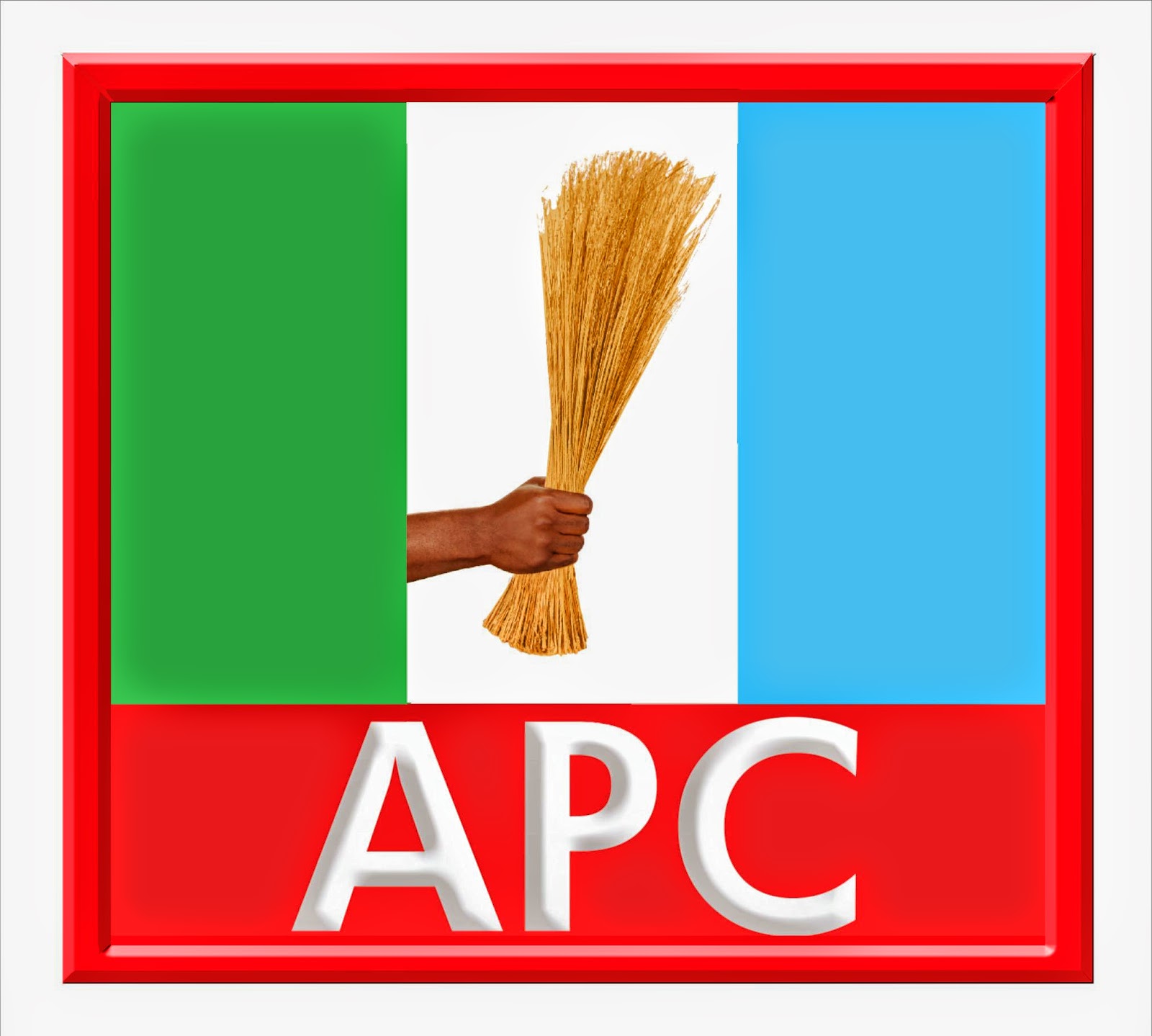 ZMOT Strategists Would Have Been Prepared!


So back to APC’s announcement:

A competent digital marketing strategist should have easily foreseen the fact that announcing the name of someone who is relatively unknown would immediately cause such a name to start "trending" in cyberspace.

Within hours of the announcement, hundreds of thousands of potential voters would have immediately gone to search Google for the words, “Yemi Osinbajo”.

Soon after that, thousands were sharing what they found through Google on their Facebook and Google+ social media profiles.

Funny enough, information about Yemi Osinbajo would have still been trendable, even if the party had ended up choosing Rotimi Amaechi. All they would have needed to do in such a scenario is, during that eagerly awaited announcement, to say, "the party seriously considered Prof Yemi Osinbajo before finally opting for Amaechi", and boom! Osinbajo would still trend a bit.

That's another ZMOT trick. But you likely won't be lucky enough to convince the party to do that. ;-) 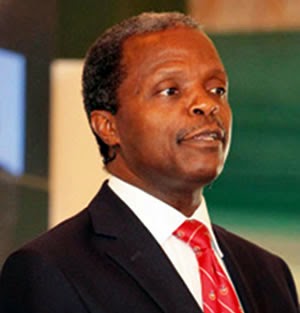 Please note that I am not stating any form of allegiance to APC or any other party with this post, I am simply just analyzing things and pointing out how organizations waste opportunities to fully capitalize on the new digital age.

The handwriting is on the wall!
We are in  the age of Digital!

Thanks so much for reading.
Please share your thoughts, contrary-opinions, and questions on this matter with me here.
Also consider reading more about the ZMOT here.


By the way, I also write about non-marketing related stuff as well.
at December 19, 2014 No comments: