The World Economic Forum And You

First, I must refer you to a short update that I posted on my Google+ social profile a few days ago, titled "Revisiting The World Economic Forum on Africa".

The WEF on Africa was a true game changing event that took place in Abuja, Nigeria in May 2014.

In my update, I argued that you should lessen the amount of attention you pay to those who constantly bicker about  "drooling foreigners who want a piece of Africa....to steal our natural resources with the help of our corrupt and greedy politicians."

I asked that you change this overly simplistic and suspicious viewpoint because, when you really think about it, it doesn't make much sense to keep going on and on about something that we all know is more-or-less part of human nature!

If one of the parties claimed not to have any selfish interests whatsoever, that is when I would almost certainly become suspicious!

So it's time to grow up and learn how to negotiate the terms of these deals in a way that favours our people.
This is what I believe the WEF event did for some of us....It made us give our attention to the technicalities of the economic realities of our future.

I, for one, am now less interested in  which political party Akinwunmi Adesina belongs to, or in the colour of the skin of the US President. I am more concerned about who will talk the talk and walk the walk that will lead Africa into greater economic diversification.

So right now I need you to become "selfish" as well.


Or have you not heard?
Some of the great social scientists of old (including Adam Smith) found that selfishness was indeed a social virtue that leads to social progress.

So to rekindle this virtue, I would strongly recommend that you start paying close attention to, and following the WEF events. Try to stop seeing such things as boring.

We can no longer just sit down and complain to deaf ears. We (as many of us that do care about the future of our kids on the continent) need to find a way to be part of the developing story.
We must try our best to be co-scripters of it!

We must embrace competition, evoke innovation, enshrine capacity building, and also, engender the rapid return of our brothers and sisters who migrated, schooled and acquired diversified skills abroad (i.e. the brain drain). 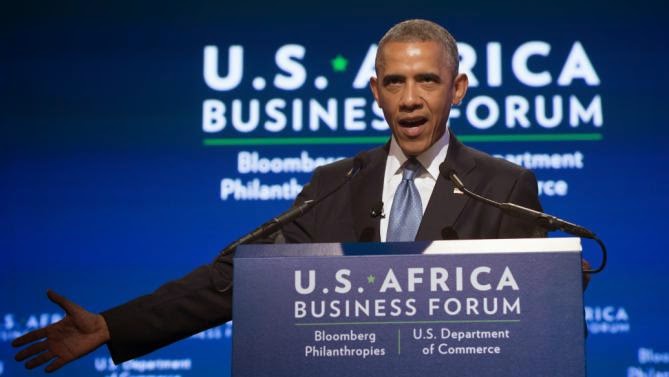 But the WEF on Africa is not the only big conference that I would need you to pay attention to. About three months after it, Barack Obama hosted 45 leaders from Africa (Presidents and leading business men) in the US-Africa Business Forum, moderated by former US President, Bill Clinton.

Referencing the story of Indian born African billionaire, Ashish Thakkar  as a glowing example, Mr Clinton spoke of the US mission as being driven to help develop the African home as a place of opportunity for Africans and for those who want to work with us.

So right now, I need you to NOT be pessimistic, but really pay attention:

Most of the panelists agreed that they are committing to green field investments in Africa. This means that they intend to build or construct facilities from the ground up, as opposed to merely purchasing already existing operations in Africa.
President Obama feels that this is the right way to go to ensure that both the US and Africa gets the best out of this tightening relationship. Green field investing inclines towards hiring and developing a younger local workforce, and this means a great deal to me and to Digital Africa. And it should mean a lot to you as well.


So why does President Obama care so much about Africa and our dreams to arise?

Well, it is easy to assume that because his father was an African, it boils down to him trying to give back to his roots. I know that is the story many Africans would want to tell. 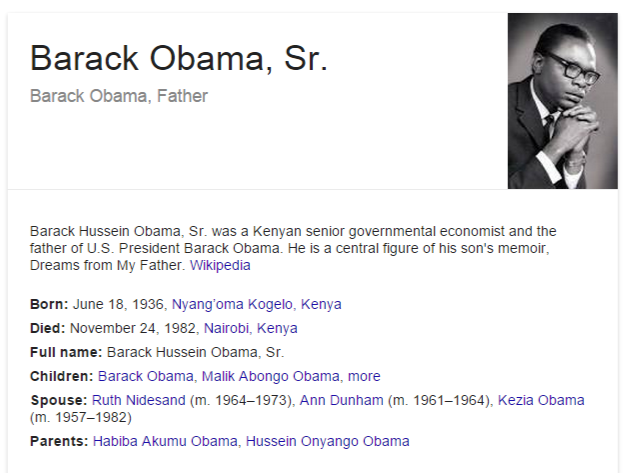 I am a digital marketing consultant, therefore I tend to look at things algorithmically and strategically. I have no sentimental bone in my body. Hahaa!

So let me briefly recap some things that preceded the US-Business Forum. Hopefully that would give us a hint about what is really happening here....

First of all, Obama was absent at the WEF on Africa held in Nigeria; that we all know.....And it did not surprize me, by the way.

But then, the whole world was shocked to see the Chinese Premier, Li Keqiang, stop by to show China's support for the event. (This definitely sends a clear message to the West, as China already has huge investments in Africa, and plans to increase it's stakes in our continent)
Meanwhile, President Obama tells African rulers that he believes (in terms of foreign direct investment in Africa) "the more the merrier".
However, he was also quoted as telling them to ensure that the roads don't "just lead from the mine, to the port, to Shanghai."

Note that US trade with Africa is $85 billion, while China does a staggering $200 Billion. So you can guess what is really going on here!

My thinking here is that neither of these countries is short on selfish interests. But please try remember not to take that as a negative thing because it is really not. We can gain from "their competition". In case you haven't been paying attention, the US is endowed with really "developed" businesses that will (apart from the obvious - create jobs and invest cash) bring lots of innovation, and impart diversified skills into our young people. I really cannot emphasize this point enough.

To illustrate, I will use the growing solar industry.
Africa can gain a lot by making itself very attractive to US and European solar energy companies that would find it much easier to sell solar energy to a continent that has very poor electricity distributing infrastructure.
We would give them a very lucrative market, while we get from them the training and skillsets that our people would need to develop our own solar systems in the future.
It is win-win, because the maturity of energy distribution in these countries (especially the US) makes solar relatively difficult to sell over there.

Bill Clinton says, "Intelligence, dreams, and the will to work are evenly distributed throughout the world!

Investments, opportunities, and systems that reward smart behavior are not"


The writing is on the wall. The data speaks for itself:

Most African countries are enjoying their longest spells of democratic civilian rule in our history.

Africa has 50% of it's population aged under 20. Which means that Africa will have 25% of the global workforce by 2050 and the lowest pensions burdens.

It has 60% of the world's agricultural land.
With less than 20% power supply (electricity) Africa still manages to grow it's economy at 5.5% annually.
What will happen when we have steady electricity? And when other basic infrastructure become things we can take for granted?

I would love to discuss much more. And about the NEPAD (The New Partnership for Africa's Development) driven Grand Inga Dam project in The DRC (Democratic Republic of Congo) just to show you examples of what is possible and what we can do now to take our future firmly into our own hands.
But that would come in another article, soon.

For now, let me leave you by insisting again, that you pay close attention to the things that are gradually unfolding.
This is to empower yourself and your future generations in this new spirit of "Inclusive Growth".
You and I must forge ahead through our personal "selfish interests", through informing ourselves properly in these matters, through the acquisition of skills that we clearly do not have an abundance of, in Africa, and through greater participation in intra-Africa trade partnerships.

It is time to Arise Africa!

Please feel free to do so here, otherwise you can ask your question on the Digital Africa Community On Google+.

So I leave you with this very interesting and even slightly entertaining discussion panel hosted by CNBC-Africa editor in chief, Bronwyn Nielsen.