What Is A Blockchain? Really!

If you have read my article that introduces Nigeria to Bitcoin, then you have a decent foundation for understanding this article.

So I am continuing in that introductory spirit with this piece on the blockchain, which is a crucial part of the Bitcoin universe.
I will try to keep this article short and reduce the jargon. 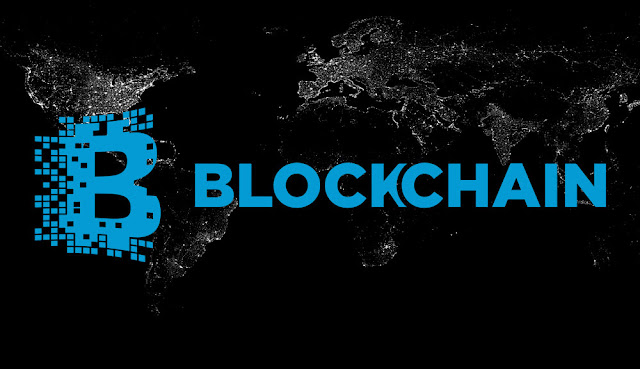 What Is The Bitcoin Blockchain?

The Blockchain is a publicly accessible ledger.
Or you might call it a kind of account book.
An account book that is open to anyone anywhere in the world.

And yet, eventhough it is openly accessible to anyone for scrutiny on the Web, all of the records kept on this particular type of account book (unlike normal account books) do not carry the names or addresses of the account holders displayed within the rows of the ledger.

The Blockchain merely organizes the accounts with identifiers known as public keys. And since an individual can own as many public keys as they like, this makes it possible for account holders on the Blockchain to be largely anonymous.

Now even though this may sound somewhat "shady" to some people, there are several reasons why anonymity of account holders can be a good thing.
But I will look into that aspect of the Blockchain in later posts. So if you are more interested in that, then ensure that you let me know in the comments below, or simply follow this blog.►Click Here.


So now that you have an overview of the original Blockchain, or the Bitcoin Blockchain, let me give you an idea of the why this particular Blockchain is important, and why you must keep this in mind....

Unlike the other imitation "blockchains"- that I would talk about in a moment, the Bitcoin Blockchain has sparked an unprecedented phase of proliferation of financial literacy and knowledge in online security. A phase that is rapidly becoming an era. A new era of enlightenment that could easily lead to a new age of innovation.

The innovation is heading in a direction where we will build applications because this money is programmable. The Bitcoin Blockchain is about the "internet of money".

Think about this for a minute.

Antonopoulos insists that the other blockchains cannot cause this kind of exponential innovation.
I tend to agree with him.


Even though there might be many blockchains today, the first ever Blockchain came from Satoshi Nakamoto's Bitcoin whitepaper.
The ones that I refer to as fake blockchains are those that were launched by and for the benefit of the existing big banks of the developed world. The good news though, is that of recent, they have stopped using the word, "blockchain" for those contraptions of recent. Yet, during those days of the financial sector's frenzy, they made it very clear what they were trying to do. You often heard them say things like, "Bitcoin is dead, the blockchain is the future" or the most popular one, "the true genius of bitcoin is not bitcoin itself - it is the blockchain".

The Bitcoin inventor did not actually use the term, "blockchain" in his paper, but it is easy to see how it caught on when you read through the 9-page document.


Nakamoto actually uses the words "block" and "chain" separately and frequently as he tries to explain his proposed system of using a highly secure, chronological order of transactions on a global public ledger.
He created this publicly accessible, decentralized global account book to ensure that no government could issue more of the currency or impose restrictions on it.

I know that may be confusing, but do stay with me, let me simplify it.

It was important to Nakamoto that his new digital cash would not need to go through a financial institution to pass from person to person. He believed it was crucial to develop a system that behaves more or less like physical cash in the sense that it would not require people needing to use a third party (financial institution - who, themselves use another party - Interswitch in Nigeria) to confidently carry out a transaction.

You don't need to trust a complete stranger if he paid you 350,000 Naira for your old and dying Toyota Corolla.
All you need is to count the money and see that the notes are not fake naira notes. Right?

But in this case, if the bitcoins come into your public bitcoin address (or account), and then you choose not to deliver his car to him, then that becomes another matter. Just as such a scenario is also possible with real cash.

The Blockchain And Timestamps

"Commerce on the Internet has come to rely almost exclusively on financial institutions serving as trusted third parties...What is needed is an electronic payment system based on cryptographic proof instead of trust, allowing any two willing parties to transact directly with each other without the need for a trusted third party"

But after Nakamoto had successfully created a way that cash value would pass from person to person (peer to peer), he needed to ensure that the money could not be duplicated, or that the already spent money would not be spent again by the payer.


"The problem of course is the payee can't verify that one of the owners did not double-spend the coin...We need a way for the payee to know that the previous owners did not sign any earlier transactions"

"The solution we (Nakamoto) propose begins with a timestamp server. A timestamp server works by taking a hash of a block of items to be timestamped and widely publishing the hash, such as in a newspaper...The timestamp proves that the data must have existed at the time, obviously, in order to get into the hash. Each timestamp includes the previous timestamp in its hash, forming a chain, with each additional timestamp reinforcing the ones before it"

Please, if you don't understand what is meant by "hash", you can ignore that for now. Only keep in mind that by using the highest technology in internet security to ascertain the exact time a transaction was done, they are able to create this innovation known as the Blockchain.

So here is the layman's summary of all of these:

The bitcoins that people will be sending and spending are generated by the Bitcoin software. That software ensures that they had to be timestamped onto the global account book known today as the Blockchain. All of these processes are open to scrutiny by all (auditors, software developers, account holders, and anyone who cares).

The Bitcoin software, with help from the its network of users (or nodes), manages the Blockchain and ensures the integrity of the bitcoins on it.


So bitcoins need the Blockchain, and the Blockchain needs bitcoin. This is an important statement to keep in mind going forward, as you come across other blogs and articles that will want to teach you about "blockchains". Of which many of them will try to first dazzle you with eloquent speech and bragging of years of experience in international banks mixed with PhDs in computer science and all that.

The truth is, regardless of their qualifications, these big tlkers cannot build an aircraft using concrete as a primary component and then expect it to compare with one that was well thought through from the start.

Nakamoto was motivated to invent Bitcoin's Blockchain to solve a problem. These other so-called blockchains are coming from those who created that problem to start with.

I took this rant a bit further in my LinkedIn Post. See it here ► My LinkedIn Rant