Electricity is the biggest challenge we have in most of Africa. And yet right now, the rest of the world is transitioning into using electricity as the only source of power for everything. Electric cars like Teslas, are quickly becoming the norm.

So what would Africa do when the only cars left to import are electric cars?


Let us start with an illustration that I like to use to explain my case for solar energy to my fellow Christian brothers and sisters.

It should be quite interesting.
However, if seeing a few  passages from the Bible upsets you, then I suggest you skip to the next paragraph to continue with my non-biblical arguments. :-)

So, my favorite illustration for renewables is as follows:

Take the two types of energy sources used in the world, renewable sources (mainly solar and wind) and fossil fuels (coal, oil and natural gas).
One type of energy source comes from deep under the ground.
4000 to 6000 feet - Men dig deep into the belly of the earth. Closer to "hell" than some of you might like.
They do this in order to extract the dead.

I meant that literally.
Fossil fuels are actually the remains of dead creatures and plants. Hence "the dead".

Anyway, it turns out that men have been powering the world using the dead for a long time now.
Men dig up the dead from 6000 feet beneath the earth, and BURN them to use them as energy.

Wait! Did you catch that?
We burn them.
The dead.
And we get them from way below the earth.

But I will get back to that later, for now let us compare this with the alternative source of energy...

The one that I want us to focus on is from above. The sun.
A gigantic ball of blinding light. A kind of "consuming fire" if you like (Bible reference: book of Hebrews).

We are talking of a kind of fire that was not invented by men, and it has been put there even long before there were men.
It is so bright that it brightens the earth in a way that no fluorescent light or LED bulb could ever dream of.
And NOW, it promises us unlimited, sustainable and FREE energy.
So once again, one power source comes from below the earth, and is made up of the dead. i.e. the fossilized remains of prehistoric animals and plants.

The other power source comes from above. (GEN 1:16) It gives to us life freely everyday.

...AND......its heat is even responsible for the large winds that also produce another kind of renewable power. (see John 3:8).
Hmmm! Coincidence?

So Solar and Wind energy come from above and are clean. But men prefer to burn the remains of the dead below. (I am sure that those of you who are bible-reading Christians understand why I keep emphasizing the words "dead" "below" and "burn") Lol. Perhaps a little too much, I know.

Anyway let us leave bible class, and look at the global understanding of the problem....


Paleontologists teach us that the crude oil, natural gas and coal, that most of the world uses for energy today, are derived from fossils. Fossils are the remains of dead animals and plants that died millions of years ago. Don't shoot the messenger.

This is why they are called fossil fuels, because the remains of prehistoric living things are burned in order to generate electricity for our use.

However, scientists believe that burning them is causing a dangerous problem known as climate change.
And if you haven't heard about this phenomenon before or have never paid attention to it, they warn that it is really bad!

So here is a big picture intro from the United Nations Framework Convention on Climate Change,  along with my own layman's explanation of how climate change is happening:

Adaeze is hungry. She decides to start cooking bitter-leaf soup with a kerosene stove. Kerosene is gotten from refined crude oil (a fossil fuel).
As she cooks, Adaeze's room gradually starts to get warmer and warmer.
She quickly opens her two small windows and the door, and the room quickly cools down as a reasonable amount of the heat escapes from the small room, and some cool breeze enter.

Unfortunately, two minutes later, her sister and her 2 cousins enter the room as well. And they are also hungry. So they start to cook their own food with a larger pot and a larger burner.

Despite the fact that the door and windows are open, there is more heat being generated by the larger fire (since it is a larger heat source), and also by 4 people breathing in the remaining cool air in the room and breathing out their warm CO2 in that small room that Adaeze lives in.


This is a caricature of what scientists tell us is happening to the earth through Global Warming. The CO2 that we are pumping into our atmosphere is growing rapidly as more and more people burn more and more fossil fuels to create more and more electricity and to drive more and more cars. There are other generators of CO2 (like belching livestock) but those are not important for this particular article. 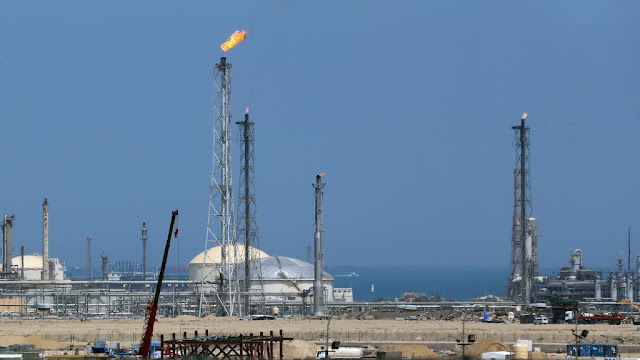 Because mankind has finally realized that we cannot go on destroying the earth with excessive CO2 gases, and because we also know that these fossil fuels will eventually run out, mankind is now moving aggressively towards renewable energy generation.

Massive scale use of clean renewable energy to generate electricity, plus a massive shift to people using electric powered vehicles is the revolution that is desired. And there is strong political will around the globe driving this change.

And eventhough a lot of people still erroneously think that renewable energy sources like wind are solar are too expensive, those who are paying full attention to the details are marching on fearlessly into the future.
I want you, young Africa (Digital Africa), to be a part of that march.


Your Role In The Revolution?

Okay, so now that you are on board, let me tell you what you need to be doing...

As a young woman or man (boy or girl) who subscribes to the Digital Africa way of thinking, who is future oriented, and who is always eager to learn, you need to be actively keeping up with what is happening in the renewable energy industry around the world, in modern energy storage, as well as in the world of electric vehicles.

Whether or not our governments in Africa, or our big businesses are paying adequate attention to these three massive future arenas should not affect your resolve to take this piece of advice.
Because, if you think about it, when has the rest of the world ever asked for Africa's permission or input before it moved on to the future?

So I am asking you to prepare yourself.
Now, some of you that are not yet familiar with my writings may ask, "why should we prepare?" or "prepare ourselves for what?"

Think back to 1990 or thereabouts, when you first heard some people in Lagos going around saying that everybody needed to become computer literate or be left out.

Or, around 1996, when many people started talking about the internet, the global village, and the "information super highway". Many of those folks never truly understood what they were talking about, because many of them did not actually practice what they were preaching back then.

But imagine if your parents or older siblings had heeded their call, or if you yourself immediately got up and worked very hard to learn all you could possibly learn about computers and about using the internet.
Imagine if you applied yourself day and night to the idea that what you were learning then was going to help you get some strategic advantage in that time's future.......i.e. TODAY!

What if you had already learned HTML and CSS to a competent level by the year 1998? Imagine how good your web design skills would be by now? Most likely, you would have gone way beyond web design to adding other skills like Python, Javascript and SQL to your arsenal by now. And perhaps you would not feel even the least bit intimidated about Machine Learning by now- which is regarded as the highest paid skill in the developed world today.

This would have made you in very high demand all over the world, and a candidate for some of the highest paying jobs on the planet.

So again, I am asking you to prepare yourself. Because what is happening now in the energy and transportation world is similar to what happened with the dawn of the internet.

How To Key In To The Revolution

Use the free information on the internet to dive into the facts behind the fiction that fashions the future.
Go beyond the superficial layer. Beyond the hype. Learn about what is really happening. I can't stress this enough.
This is one of the reasons why, for those who know me, I am so passionate about Tesla. I have been paying attention! Most other people have not! Especially many of those that you see on TV claiming to be experts.

Don't just be like the majority of people that like to state meaningless cliches like, "Oh, for sure, solar is the future", without actually knowing what they are talking about.
Be eager and determined to get a clearer picture of what are these things that are supposedly coming. This will, without question, lead you to a massive wealth of entrepreneurial ideas and economic opportunities.

And even if you are not an engineer (let's say you are a bloody social scientist like myself) you can still discover paths within the coming renewable revolution, that do not require you to have engineering skills.
It is all about using what you have (your enriched mind) to get what you want (a good seat at the table in the future).

Okay, you know what? If that didn't make much sense to you.... Or if you think there cannot be any possible opportunities for you in a future energy related industry, then tell me in the comments section below, and I will prove to you that, even if you are an undergraduate in English Department, you can still learn enough about the future of sustainable energy and transportation to give you opportunities when the time comes.

So, going back to my illustration, the next time you see the sun rise in the morning, remember what I told you about energy from above and energy from below.
If you are a Nigerian, consider how much and for how long you have suffered at the hands of NEPA.
Ask yourself, is it so difficult to see a future where the whole world is powered by the sun and the 4 winds of heaven?

My next article would contain more specifics:
I would talk about the solar energy business in America, I would talk about battery storage, and I will talk about the world changing Tesla electric cars.
Do check back here in about 2 weeks.
But until then, you can go through my old article about a statement from Bill Gates that has created a dangerous mistake made by some Nigerian billionaires, even though Gates himself no longer holds the position. See that here ► Article about Bill Gates And Energy.

Also consider following this blog for monthly updates if you are not already following it. Click here  ► to follow the Digital Africa blog

Also connect with me on:

Google Plus (my office) ► Google.com/+RotimiOrims