What Should Africa Learn from Google? 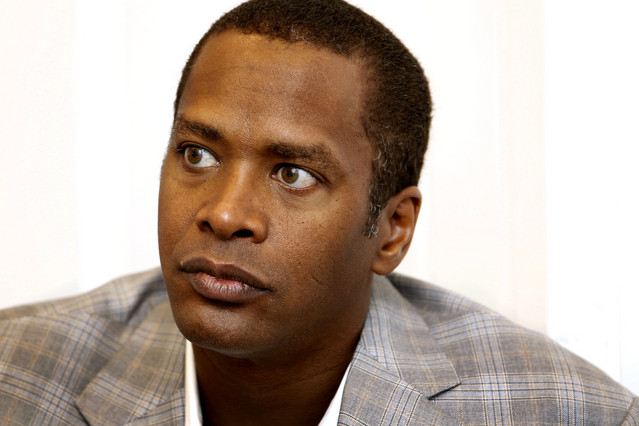 I sometimes feel sorry for this gentleman because of all the stress he must be going through everyday!
(Okay fine! He is extremely well compensated for that stress, from what I hear, but still......all that stress!)

David Drummond is, among other roles, the Chief Legal Officer for Google Inc.
So you can just imagine what that means: All of those lawsuits his office has to deal with, apart from all of their primary duties, like mergers and acquisitions, filing patents,  etc.
Add the fact that France, Germany, and so many other NATIONS and institutions are constantly fighting the company he has been with since 2002.

On top of all that, millions of internet users constantly rain accusations on Google everyday, for everything from privacy violations  to copyright infringements.
Men! it can't be easy!

Everyone wants to talks about Google's money and their power over millions of websites on the internet. yet here, I want to try to focus a little bit more on another side of that story...


It's Not Just A Financial Success Story

I believe it is an entire life-course in this age of data.

This is not about me trying to defend Google, it is just me making my candid observation as I watch things unfold.
I doubt that Larry Page and Sergey Brin ever imagined that the company they started in 1998 would ever become this gigantic and this rich (I'm told they have over $60 billion in liquidity alone). But it did. Now they are dealing with the implications of that.

So why is all of this relevant to you, African internet users?

1. Because Google is by far the most widely used search engine in Africa.

2. I am of the candid opinion that Africa's economic ascension is going to be largely based upon information and skill acquisition that we gain through searching the internet.

3. I foresee a future where many successful internet-based businesses here in Africa would likewise be involved in similar battles between our African governments and all kinds of institutions that do not respect our freedoms.

Google's story is one of both phenomenal triumph and of brutal persecution.
And while I cannot bet that an African online business would ever reach its heights of financial or pervasive success,
I have no doubt that many truly great young African web entrepreneurs would soon emerge (much more than you expect) as the continent advances on in this brave new data driven world.

Yet I am also sure that along with these mini-Googles in Africa, would come brutal persecutions and trials that could probably be worse than Google's by proportion.

I am not being pessimistic or bleak about the future. Only preparing you for interesting times ahead. By introducing many of you to David Drummond, and to Page and Brin (who I think are up until now, the least known of the Silicon Valley entrepreneurial giants by Africans) I hope to attach faces to this Google conundrum.

Perhaps this way (by humanizing that brand that is now synonymous with so many things in our daily lives) you would pay more attention to the web, not only as a source for great economic transformation, but also a source of training in discipline, ideological focus, and deep social responsibility. We really need these things for the times ahead.

Tell your neighbor, "The future is Digital".

Newsflash! Those who cannot smell what's coming today are sure to be thorns in your sides in the days to come. Governments would try to censor and  control the same web that they failed to prepare for. I won't say too much about this right now, but know, and be armed and ready with the proper knowledge to defend the web. It is a global responsibility.
A human one.

Those of you who are already attentive know about the ongoing battles between the European Union and Google.
Learn from this. Prepare your minds. Start early!


Everyone points fingers at Google, what about the others?

Now, while I am trying NOT to be a fan-boy, I sometimes feel we all deserve to know the whole story.
Google does indeed FIGHT for the rights of the internet user.
I say emphatically: Honestly, I am not getting any kind of compensation for saying this. This is just my opinion, and I'm not saying they are perfect in anyway, but I have not noticed too many people challenging the other big guns: Amazon, Apple, Microsoft, and Facebook. Okay, Facebook gets a lot of attack as well, but not anywhere as much as Google does.


This post represents just is one of the many many publicly fought battles I have observed (others come with open letters from the CEO Larry Page, & Drummond) between Google and institutions that often try to CONTROL the web and thereby frustrate the masses!

Again, I face the risk of looking like a hired hand or a fan-boy.
Some of you would not understand what I mean here, but It would sound really bad to many foreigners, especially many Americans who come across this post. It often seems like sport to them sometimes when they castigate Google.
But I feel strongly about posting this to you right now. And I don't think I have to keep apologizing for it.

So back to the public policy battles, and I'm saying that these wars aren't always so clear cut. Sometimes Google's policies tend to somewhat contradict theirs and other pro-web policies.

Here is an excerpt:


Please try to follow (at least) SOME of these issues, my dear people........because they are really important to our future with the web and in the terrestrial world as well.
Believe me!


They may not seem so important to you right now, because let's face it, Africa has more seemingly pressing issues to deal with for now.
But think again, because as long as you are there GETTING more and more USED TO the web, or to your smartphones and tablets today, these issues will certainly be important to you in the nearest future!

Wouldn't you prefer to be better prepared for those challenges when the time comes?
You must not be only driven by profit. You must also prepare for the social and political battles that will surely come with it.

otherwise you can ask your question on the Digital Africa Community On Google+.
Thanks.
So I leave you with this very interesting discussion from a Google+ post by David Amerland